Working in PR, I worked on multiple events for MCM Comic Con; meeting the voice actor of Mario, the duo Troy & Nolan and my goth king, YungBlud.

I really honed in on my social media skills for various events, including my first ever EGX and a John Wick Hex escape room launch event – and a particular game press release that got wide coverage was for ‘Murder by Numbers’ and my title ‘Lights, Camera… MURDER’ (big love to my brain storm partner Mavs, for that one).

One game campaign that I was particularly proud of was one for ‘Narcos’, based on the infamous Netflix series. Due to a delay in production, the campaign cut short to a social media stint – but my portfolio will benefit from my original plans.

The campaign was to divide people on social media, by creating teams fighting as the Medellín Cartel #FollowTheMoney or as the law abiding DEA #CheckMate. Thus, creating a pre-launch, hype driven, social media ‘game’ campaign – named ‘The Chessboard’.

Phase one: Recruit Leaders. These leaders were to two teams of gamer influencers on Twitter.

Phase Two: A narrative-driven Twitter campaign. Driven by the choices of the public, determining the opposing teams next move.

Execution: Leaders tweet a scenario paired with a game asset and a poll urging their followers to back their decision. Each move affects each teams fate.

Incentive: The winning team obtains the right to exclusively reveal their side’s themed trailer early, earning bragging rights and the loyalty of their followers. The victor will also get the opportunity to reward a loyal supporter with a code/discount/prize.

Here is a small clipping of the shortened campaign that was executed:- 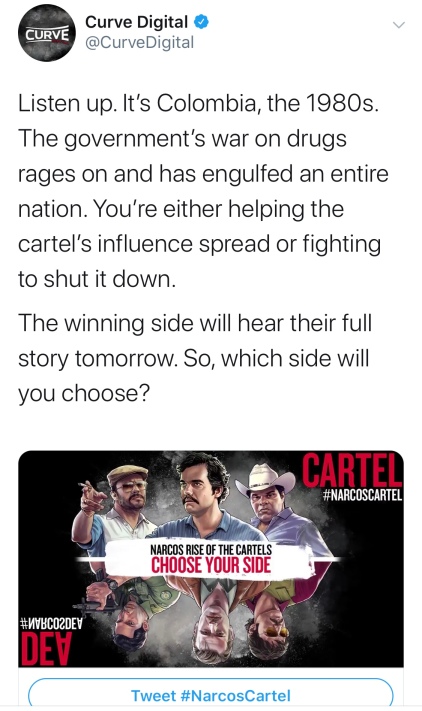 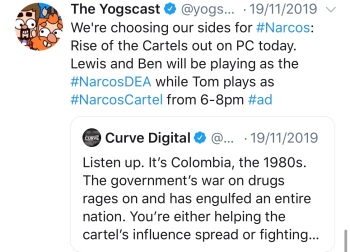 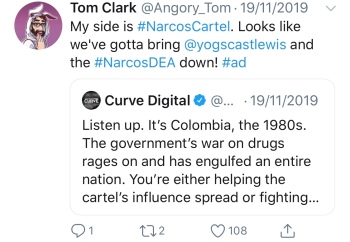 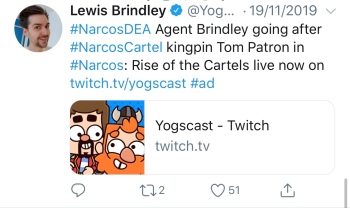 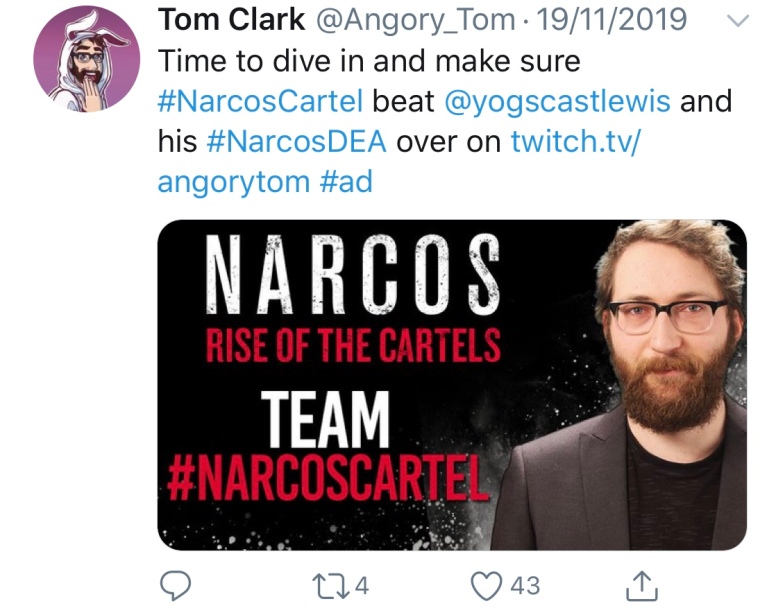