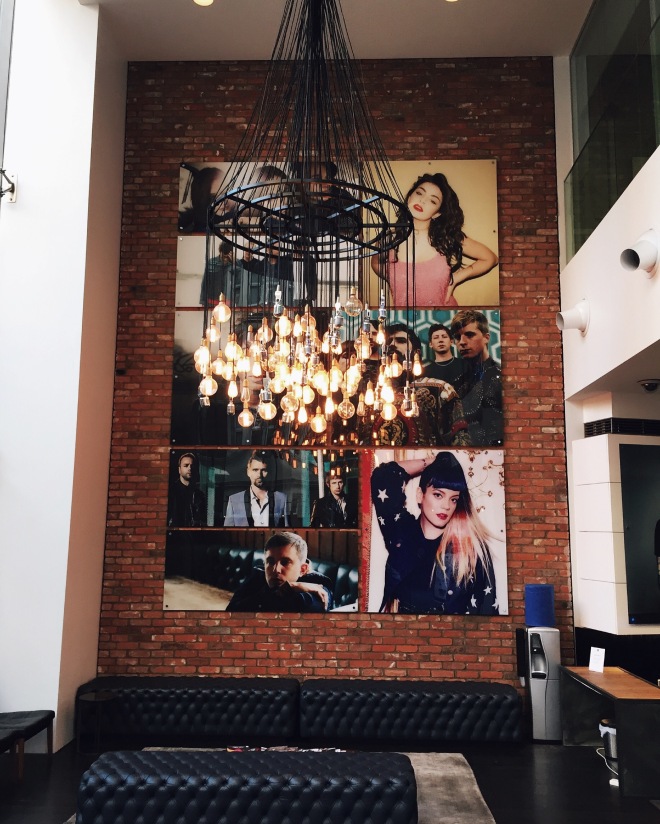 Being the human that I am, I’ll always risk it for a biscuit. Throw myself into the deep end and learn how to swim later.

I was contacted about applying for a Warner Music internship and I questioned if I was crazy enough to do so… I was. So I combined my deadly level of curiosity, with my love for all things creative and wrote about an industry I had never entered before.

Don’t get me wrong, I love my music. I work with musicians in-amongst advertising and I can relate to their desire to push boundaries, their need to create something that adheres to their creative integrity and originality. Honestly, I’m in awe of musicians’ brains and how they don’t rest until what they stand for is heard, in the way that they envisioned it to be.

If you’re wondering just how brutal the music industry is, keep reading.

My naïve self did not know what was about to ensue, there were 6 killer battles heading my way.

Battle number 1) Describing my personality and degree of passion in six, 150 character boxes. Absolutely blagged it, I won’t lie. What I wrote was true to myself and I didn’t pretend to be anything but me.

To my disbelief, my honesty paid off. I was then a part of the 1500 successful candidates, who were willing to sell their soul to Warner Music. My doubts were in abundance.

Battle number 2) Answer this –  How do you think the music industry will change in the next 5 years, and how can Warner Music ensure that it continues to be successful and relevant in this changing landscape? Say that again? I wasn’t listening… “Please look into this unpredictable industry and make the uncertain future, certain”. Okay, lemme get my tarot cards out.

This is where my educated guessing came out to play. I wrote about what I know best, no pretending, no fancy terminology… Just my subconscious having a throw-up session. But guess what… I made it into the semi-finals of 150 applicants. I don’t know how either.

Battle number 3) Waiting. That’s all I had to do and to be honest, I wasn’t great at it. BUT my patience was rewarded and I was invited to Warner Music for an assessment day (with lunch included) GREAT. FABULOUS…WITH A SPRINKLING OF WTF.

Battle number 4) Arriving at Warner Music ONE HOUR EARLY, shocking the receptionist and admiring the very beautiful building that is filled with Bose speakers.

Slowly but surely I got to introduce myself to 16 other applicants who were absolutely lovely, who knew what they were doing, had a background in music… Subsequently, making me question what the hell I’m doing here at Warner fricken Music. Does anyone realise that they’ve let a creative in?

So, I’m sat there with a confused expression, while three sectors of Warner Music come in and tell us what they’re about:-

Creative Production – Trying not to leak new songs, involved in releasing coffee table books about Ed Sheeran and then went on to remind me of my information overload marketing lectures.

Alternative Distribution Alliance – Getting drunk with Stormzy, finding artists who don’t want to be signed to a label and… signing them to a label. That’s more to my liking.

We were then to have a group work session. Not just any group work session, no no, too easy. Five of us must sit amongst managers who would quietly judge us for 20 minutes, whilst we try to produce a coherent 5-minute presentation with no computers and a pen. I had many questions, a few reservations, and zero answers.

Max, Liz, Lisa Ellie and I didn’t die, cry or shit ourselves, allowing everyone to have their minute to shine. Job well done in my opinion, celebrating with a well deserved free lunch. Blissfully unaware of the shit storm ahead.

Battle number 5) The shit storm. Now, this was battle that we all didn’t realise would even be a battle. 8 names were called, taken to another room… Leaving the other 8 of us to visually encapsulate the definition of ‘bewilderment’ perfectly.

The other 8 were told to go home. No interview, no nothing. WHAT. THE.

Dominic (another applicant) and I were astonished for a good half hour. Laughing in complete and utter shock at the brutality of the situation we had so willingly put ourselves in. It was like the hunger games.

Usually, you would think that the position you had originally applied for, was the one you’d be interviewed for, WRONG. Not this time, old sport. I was told I was now being interviewed for the Creative Production position and that was that. It was like one sweat-inducing gift after another.

I have not one bad word to say about the managers who interviewed me. It was a relaxed, friendly environment, with only subtle reminders of judgment. I remember talking about søndagshygge (the dutch term for a blanket filled Sunday) at one stage… happiness research is always relevant, right?

THE END. I went off to go buy a new, dry top and go to the pub with Natalie.

I would have loved to say that against all odds, I got offered an internship at Warner Music, sadly I have not. What I can say is, is that I made it to the final 8 from 1500 applicants, by winging it and staying true to myself. The fact that Warner have said they were extremely impressed, to encourage me to keep going and would like to stay in touch for the future, is a reward in its self.

I’ve been told by many many creatives, that you have to fail order to reach success. So I will take this failure, learn from it and use it as ignition. You never know, Warner Music may have to compete with me one day.

The whole experience is something that I will never forget. Apart from sweating for 8 hours straight, I enjoyed every minute. It was an experience that has proved myself to myself, to not be afraid of being wrong and to trust that this brain will eventually find its fit.

I’ve made some fabulous, kind and respectful friends out of this process, who I would have never of met otherwise. The fact that we ended the day by giving hugs and sending good luck wishes, showed just how humble this industry can be. I wish everyone the best in all their endeavors.

I’d like to finish with a big shout out to the Future Rising team who were with me every step of the way. I highly recommend any graduate looking for a creative career to check them out, as they are super friendly and will help in any way they can.

If you’re curious to read my spin on the music industry, here’s my Warner Music homework task that got me as far as I did. 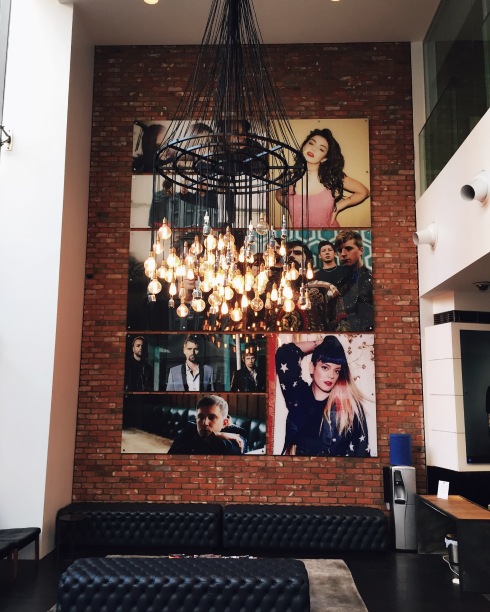